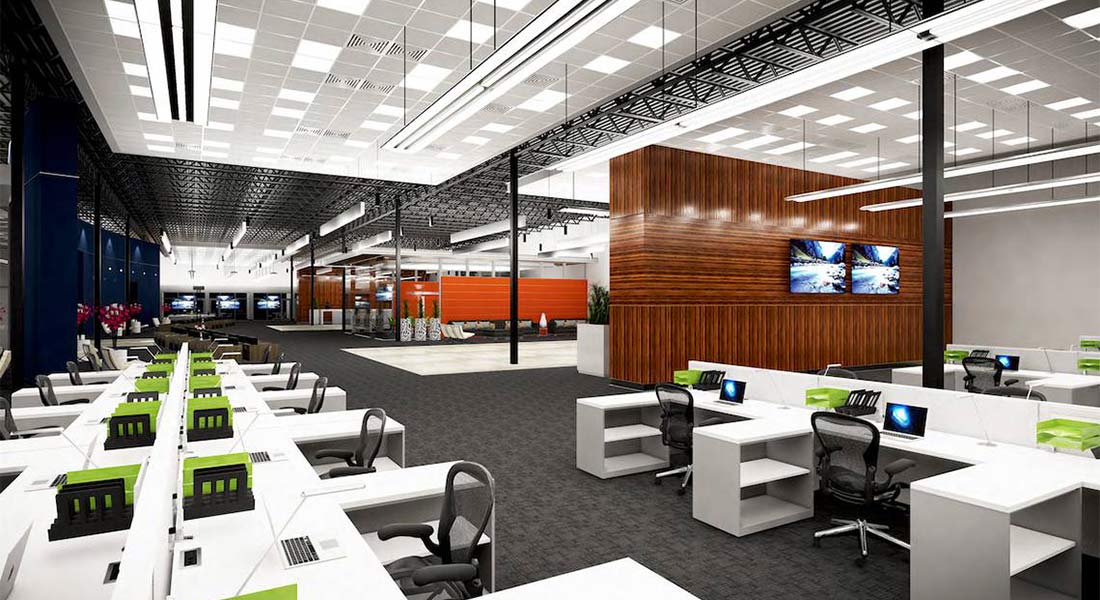 By Katherine Peralta, The Charlotte Observer

A former Kohl’s store near UNC-Charlotte is being renovated and turned into office space.

The 87,000-square-foot building is at 9315 North Tryon St., across the street from the university’s entrance and near the JW Clay Blvd light-rail station. The building is part of one of the largest blocks of office space along the light-rail extension, according to a statement Thursday from the real estate firm JLL, which is marketing the space for the building owner, Charlotte-based Cambridge Properties.

The office space has high ceilings, a mezzanine level and a surface parking lot, according to JLL. It can accommodate “modern work features” such as collaborative meeting spaces, an employee lounge and a back patio.

As people are shopping online more and as big-box retailers are being forced to close their doors, it’s becoming more common for developers to look for creative ways to fill the large spaces (left by companies like Bi-Lo, Dillards, Sears and others.)

In a former Super Kmart store that was converted into creative office space in east Charlotte, for instance, JLL last year leased 96,000 square feet to Verizon Wireless. This week, Kohl’s confirmed it will open a store in a former Gander Mountain space in Steele Creek.

“Employers across the country are increasingly prioritizing access to mass transportation for the benefits it provides in recruiting and retention,” Charley Leavitt, managing director with JLL, said of the former Kohl’s spot near UNC-Charlotte.

This article was originally posted in The Charlotte Observer.